Every beginning of the year everyone waits anxiously and curiously to see what brand new games will be released for this year and what updates will be made in the current games.
As for 2022, more than 159 million consoles and PCs have been sold in Europe alone, also calculating worldwide sales, this figure exceeds more than 300 million video games.

But comparing it to 2021, sales have dropped a bit, but as far as 2023 is concerned, a large increase in sales is expected.But let’s go back to the past year on which were the best most sought after and best selling games:

•Bayonetta 3: In this game it is a homunculus biological weapon that was created by men to bring death and destruction. The task of the Witch of Umbra is to hunt them down all over the world so that she can save the kondo from this threat.

•God of War Ragnarok: A beautiful adventure game where players join Atreus and Kratos as they search for answers across all nine realms. They must beware of the militia of Asgard who are ready to bring about the end of the world, as they go on to face more and more formidable adversaries.

•Horizon-Forbidden West: In planet earth now everything seems to be over without hope, there are war machines that hunt in vain, violent storms devastate what little remains. Aloy is the one who will try to put order in the earth that everything goes back to the way it was before. For this he takes advantage of old friendships and will make new alliances in order to achieve his goal.

• Mario Rabbids: -Sparks of Hope: Mario Luigi and his friends will set off on a galactic adventure to defeat their enemies and save his allies the Sparks, who will give you many powers that will help you fight evil.

•Triangle Strategy: It’s a tactical RPG where you decide the fate of three mighty kingdoms. In this journey, you guide Serenoa Wolfhort in very difficult battles where you need an excellent strategy and be very patient. 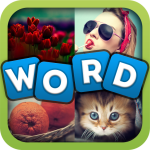 4 Pics 1 Word is a puzzle word game which was developed Lotum gmbh, it is available as a free game and can be played on both platforms, iOs and Android. 4 Pics was released initially on 2013 but it continues to be a popular game till this day, it has continued adding more levels and keeping it’s players active and thrilled for the new levels that come up from time to time, including daily puzzles.

Daily Answers Are a set of daily puzzles that appear on the game and every month they feature a certain theme. 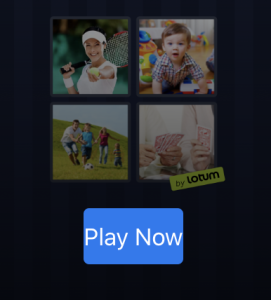 A new game our users seem to love is Daily Themed Crosswords, Answers of which can be found in the previous link.–>